This website is pretty much defunct, but several SCAM social media platforms are still used by different autonomous groups that want to boost their reach.

For local radical news, please refer to active websites such as: 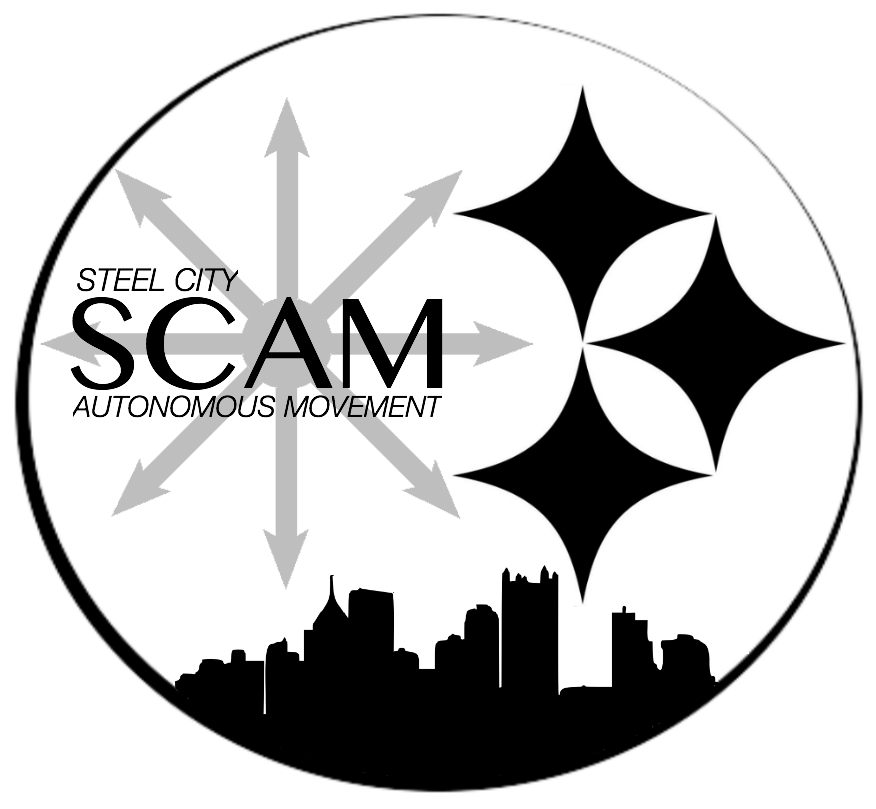 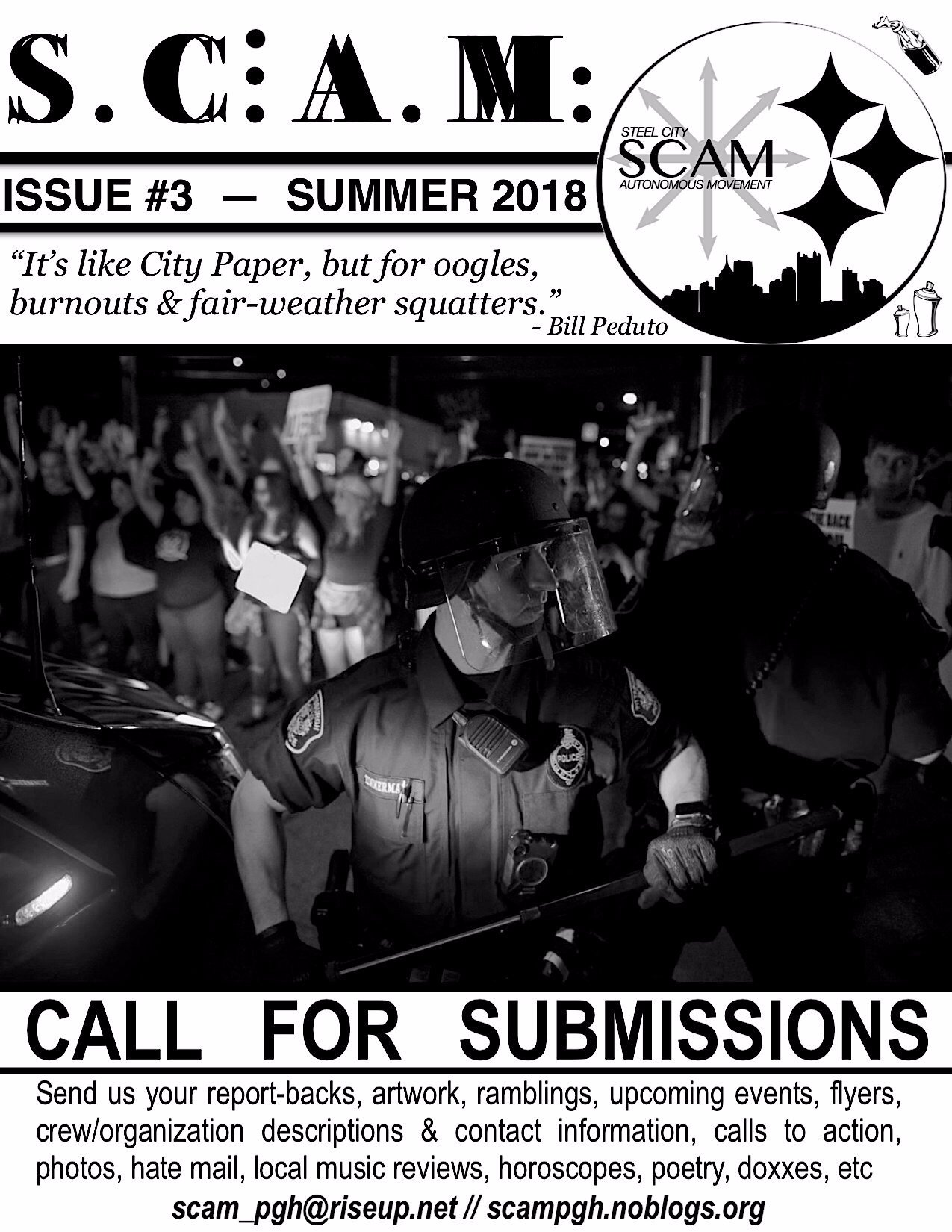 Affinity is exactly this: a reciprocal knowledge between comrades, shared analysis that lead to prospectives of action. Affinity is therefore directed on one hand towards theoretical deepening and on the other towards intervention in social conflictuality.

SCAM is a means of facilitating communication and solidarity between autonomous crews and organizations in Pittsburgh. SCAM is not an organization; it’s just the name for a specific autonomous forum/platform and therefore can be claimed by any individuals, crews, or organizations that participate in SCAM spaces. If you want to admin SCAM’s social media, email, or noblogs, just ask a scammer or shoot us an email.

For Pittsburgh anarchist news, check out:

or follow us on your favorite social media platform 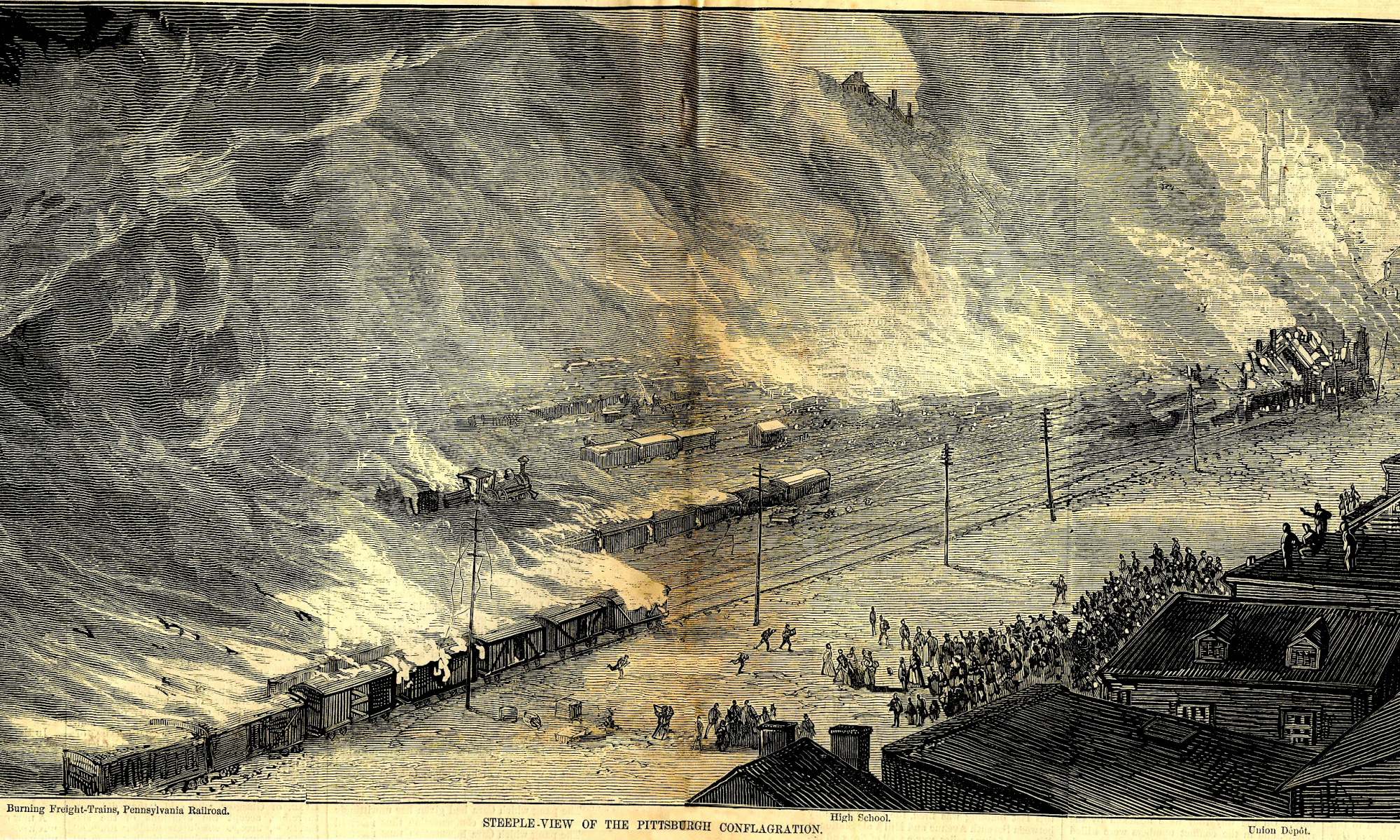 Here’s a rundown of events in Pittsburgh that are relevant to the autonomous movement.

*The Steel City Autonomous Movement calendar does not represent any single organization, it is just a platform for autonomous crews and organizations in Pittsburgh.

Don’t forget to check this post every Sunday in April! We’ll be updating this post with any new events we find at the start of each week. 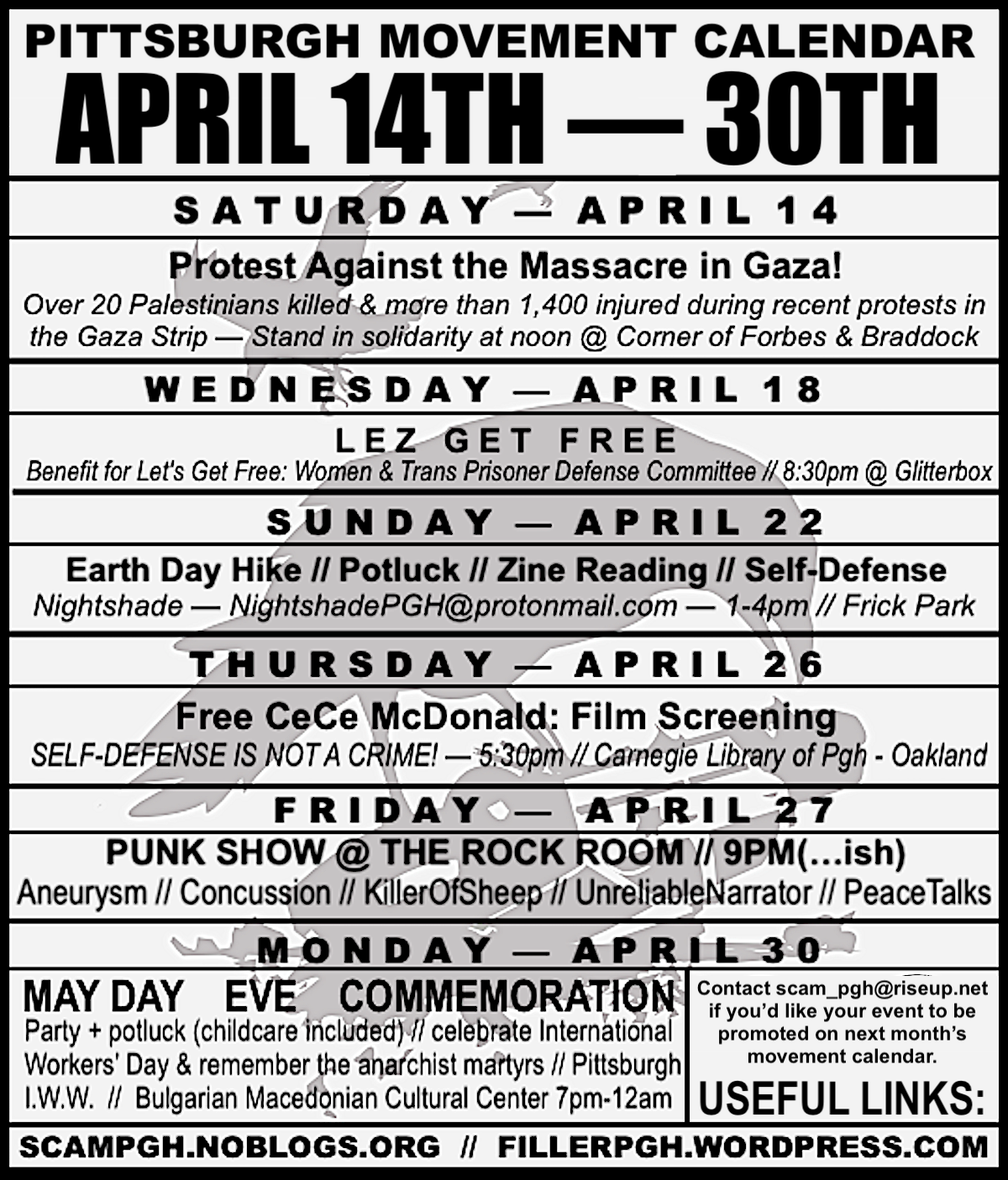 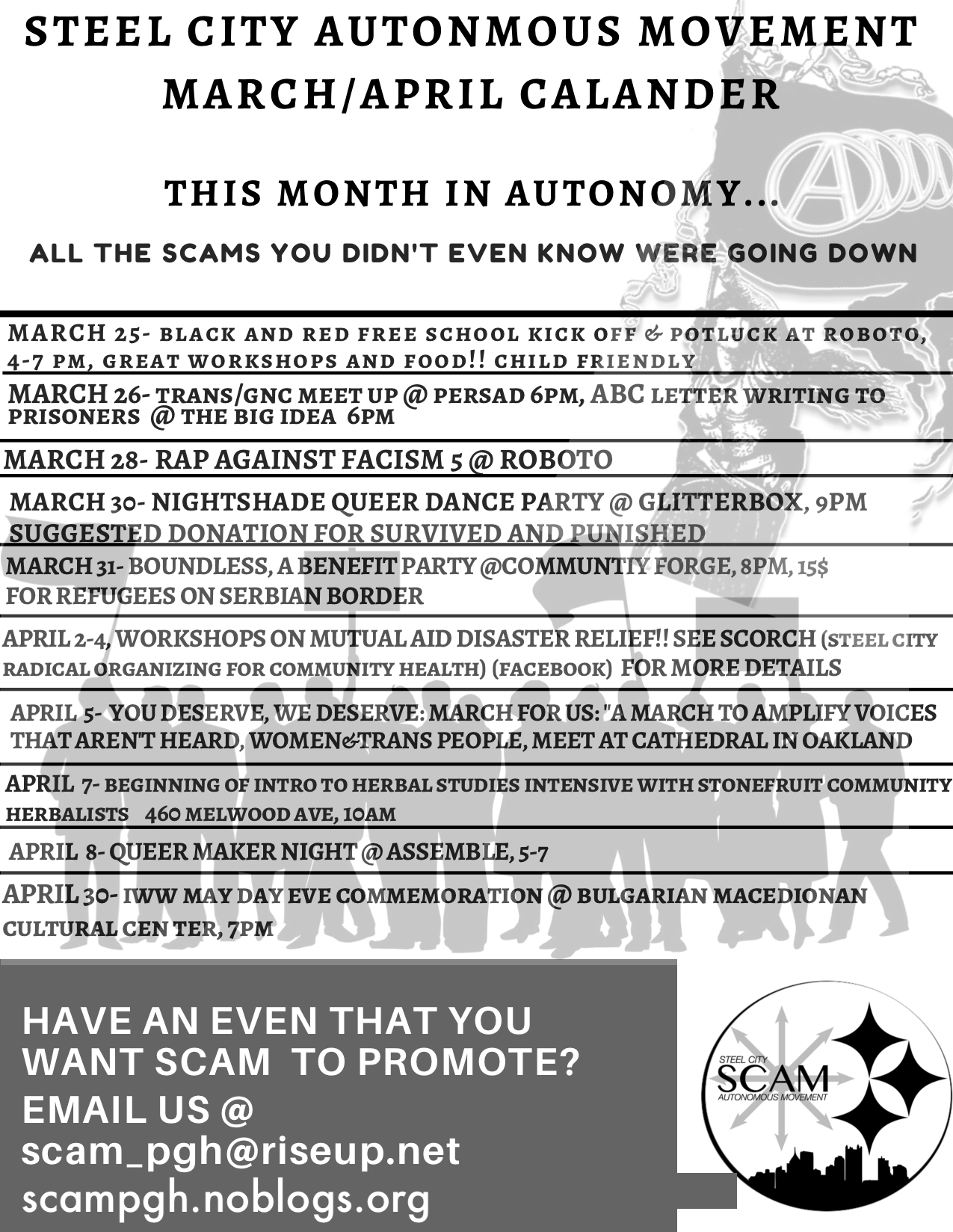 To celebrate the release of their new book, From Democracy to Freedom, folks from the CrimethInc. ex-workers collective are on tour. Come out to see them talk when they visit the Steel City. The talk will take place at 7pm The Mr. Roboto Project, Wednesday March 7th, and is co-hosted by The Big Idea Bookstore collective and the Steel City Autonomous Movement.

A brief description of the new work:

Democracy is the most universal political ideal of our day. George Bush invoked it to justify invading Iraq; Obama congratulated the rebels of Tahrir Square for bringing it to Egypt; Occupy Wall Street claimed to have distilled its pure form. From the Democratic People’s Republic of Korea to the autonomous region of Rojava, practically every government and popular movement calls itself democratic.

And yet it was democracy that brought Donald Trump to power, not to mention Adolf Hitler.

What is democracy, precisely?
How can we defend ourselves against democratically-elected tyrants?
What is the difference between government and self-determination?

Drawing on the latest book from the CrimethInc. collective, the presenters will explore these questions and more.

Join us for a lively discussion! 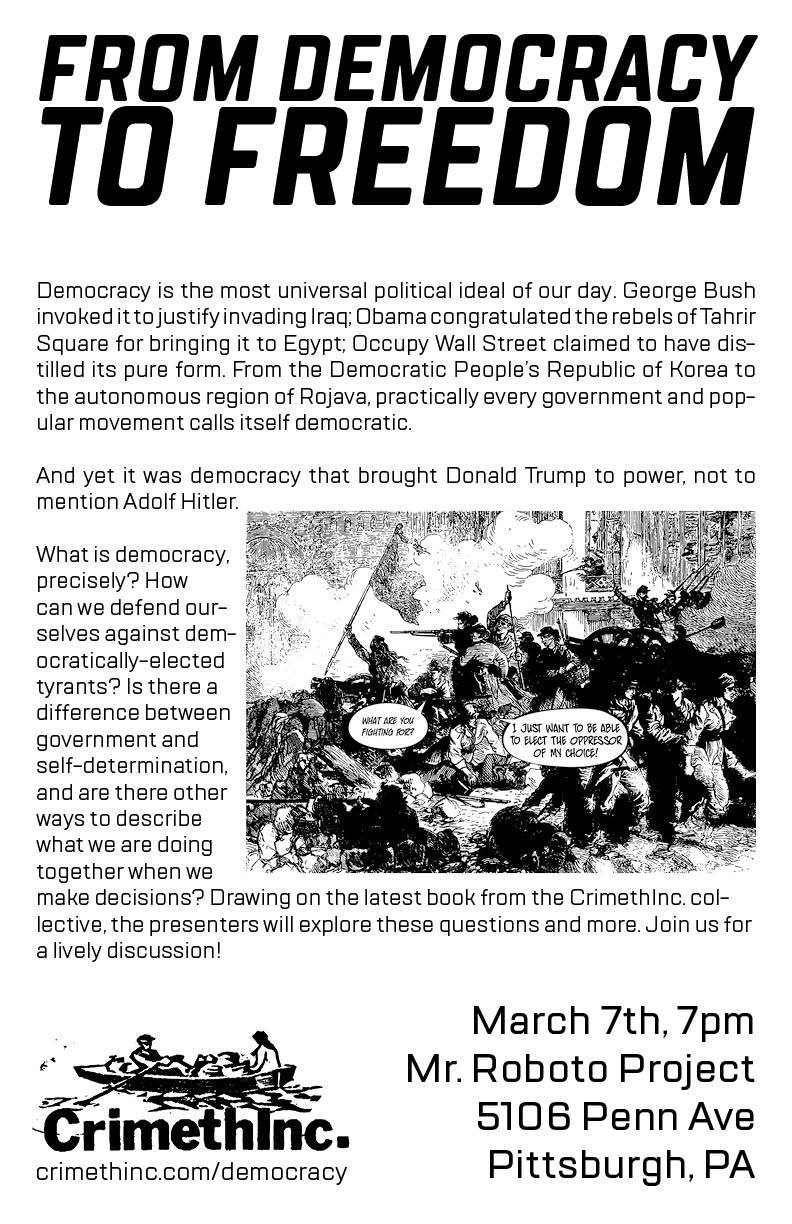 A week of solidarity with #J20 defendants is happening in #Pittsburgh – and more events have been organized since this flyer started circulating!
#BuildTheBase #DefendJ20 #MakeRacistsAfraidAgain 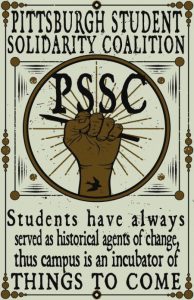 After a four-year run, our coalition of radical student crews and organizations was formally dissolved on Wednesday, November 1st. We originally began collaborating because we were sick of wasting our time seeking legitimacy through the dead-end channels provided by the Pitt administration and their police. But as much as we liked to position ourselves as inhabiting a space somewhere outside of Campus Life and its toxic social institutions and useless reformist activism, we now realize that we were merely carving out niche spaces within it.

The Pittsburgh Student Solidarity Coalition is dissolving in order to further decentralize and diversify organizing efforts, and to grant greater socio-political agency to the participating crews and organizations. Despite our best intentions, PSSC became an umbrella organization that assimilated (and sapped energy away from) the independent formations that comprised it. And so rather than continue to work together as a student coalition, we decided to re-prioritize our individual projects, crews, and organizations. But we’re not exactly breaking up! We still want to coordinate projects and share access to media platforms, but the PSSC general assemblies were definitely not the right forum for that.

In centering the student identity and its socio-geographic limitations, we effectively sidelined our non-student friends and comrades and self-isolated our struggles; in imagining ourselves and our scene as somehow being exterior (and superior) to Campus Life, we self-sabotaged our efforts to organize around student issues. As a result, we spent most of our energy organizing according to the artificial relationships and interests imposed by the University, or trying to construct “alternative” scenes with the same building blocks that Campus Life provided. But we cannot hope to build a movement by hopping back and forth between cookie-cutter countercultures, half-ironically adopting the aesthetics and politics of a given scene until we’re left with the choice between complicity in the guise of left unity, socio-political posturing, and dropping off to watch as another scene falls out of fashion. As aspiring truants, we must experiment with all available means of disrupting the routes by which Campus Life follows us into our spaces and relationships. Therefore, we can no longer passively identify with the infantalizing range of behavior and thought permissible to “students.”

Our truancy is oriented against the University as a site of separation – the separation of students from other youth, of students from faculty, of students from community, of education from public life, of the individual from self-identification/determination, of thought from deed. We recognize that we cannot take down the university-colony without fighting alongside the rest of the city: alongside our friends who never fucked with colonial education, our peers who are getting paid poverty wages by the university-factory, our neighbors who are being pushed from their homes by the rising cost of living, the land that is continuing its generations-old resistance to the economic crosshairs of corporate education.

In collaboration with autonomous radicals from across the city, we decided (in what will hopefully have been our last large-scale consensus decision) to participate in a new coordinating formation, the Steel City Autonomous Movement.

SCAM will utilize a spokescouncil model in order to encourage decentralization. The spokescouncil is a forum for mutual aid and coordination, not a decision-making body. Any individuals, crews, or organizations that have a relationship to the movement will be able to attend spokescouncils, share platforms for communicating and disseminating information, and volunteer to join the infrastructure crew. The infrastructure crew is responsible for bottom-lining at least two spokescouncils every month (one off campus, one on campus), inviting / screening / vouching attendees, throwing social events (public and private), and compiling the weekly event rundowns. Anyone participating in the infrastructure crew is empowered to use the SCAM brand/platform to promote their own events/workshops and endorse events as SCAM, without the need for consensus – SCAM is not an organization, it’s just the name for a specific autonomous forum/platform and therefore can be claimed by anyone that participates in it. The infrastructure crew will meet once a month for a tekmil to ensure shit doesn’t centralize into an organization and that no one’s acting fucked up or some shit.

Our friendships, houses, projects, crews, and organizations could be so much more than an edgier version of Greek Life. So fuck politics. Fuck professionalism. Fuck only building relationships with other students. Fuck living as if we aren’t witnessing the collapse of an empire.

We call on students and youth everywhere to join us in bursting the campus bubble. Let’s use our position as students to scam the University, just as it’s scammed us. Let’s take some time to venture off campus, chill in unfamiliar places, make dangerous friends. Let’s invite Pittsburgh back into Oakland. Let’s become ungovernable. 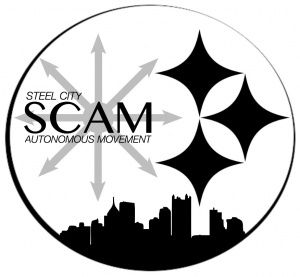 For an insurgent truancy,
– SCAM